Season 3 of Outer Banks was announced on December 7, 2021.[1][2] Filming began on February 16, 2022[3] in Charleston, South Carolina, and is scheduled to end on August 19, 2022. The season will premiere on Netflix and consists ten episodes, following the previous seasons.

Carlacia Grant was promoted to series regular for third season on December 7, 2021.[2] 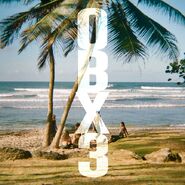