1 • 2
Pope Heyward is one of the main characters in Outer Banks. He is portrayed by Jonathan Daviss.

He is the smartest of the Pogues and has a scholarship on the line — his ticket to a life outside of the Outer Banks. John B describes Pope as 'the brains on the operation'. Although Pope is always up for an adventure with his friends, he is also the cautionary voice in the group. He is constantly thinking of possible consequences to their actions and warns the group when he feels that they are about to do something stupid. His warnings, however, often fall on deaf ears.

Pope lives on the poorer side of town. His father owns and runs Heywards, a seafood store, which provides seafood for the entire island. Pope's father, Heyward is a legendary character in Outer Banks who can provide anything for anyone on the island. Pope is described by John B as a bit of a weirdo at times or an oddball but also the smartest person he knows.

Pope gets into shenanigans with The Pogues throughout Season 1. He helps his friends on their quest to find the gold from The Royal Merchant ship wreck. They successfully find the gold, but get into a lot of trouble along the way.

Secretly, Pope crushes on Kiara the whole season and he makes a move at the end of Season 1. She pushes him away at first but eventually kisses him back. Pope was in the running for a merit scholarship for college but he left his interview halfway through to help the Pogues get the gold, messing up his chances to get a scholarship.

In Season 2, Pope finds out that John B is actually not dead and he's thrilled. He, Kie, and JJ go on a mission to clear John B's name.During season 2 Pope figures out he is related to Denmark Tanny. After finding that out, he decides to be adamant in getting the cross and the gold.

Pope is the most responsible out of the group and always wants to do the safe and legal thing. He is more quiet and calm than the others. He wants to stay out of trouble because he wants to get a scholarship for a college. This doesn't work out very well because the group constantly breaks all kinds of rules and gets into trouble a lot.

Pope is caring and protective. Sometimes he doesn't know what he wants. Although he is usually the one that tries to calm down his friends when they get into fights, he can get angry and aggressive, especially when it's about his friends.

Pope is a handsome teen boy who is usually seen wearing button up t-shirts, shorts and a cap. He is African-American. He is of average height and has a lean yet athletic build. 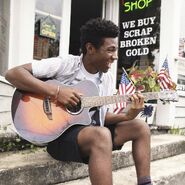 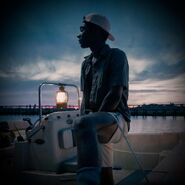